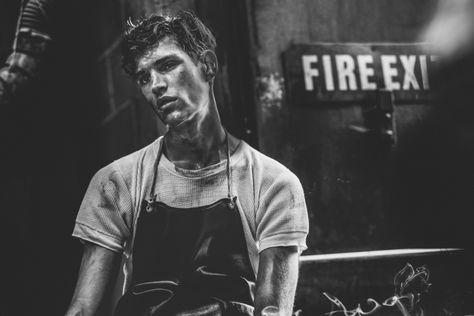 Faded screams and yells melted into the rhythmic drumming in sync with the bloody fists pounding against Carolina’s head. Her vision blurred, and she faded in and out of darkness and the prism of colors.

Her attacker continued the thrashing despite the screams of onlookers.

The scene was chaotic at least. Cars zoomed by, and honked at the onlooking crowd- which had all but spill into the street from the shadowy alley where most were suspended; they watching what must have been an epic event. The crowd jumped, hollered and pumped raised fists in the air; but it had an interestingly ominous feel. One couldn’t tell if what they were watching was exciting or dangerous. Passerby-ers couldn’t tell if the crowd was happy or afraid-the excitement and mayhem was that of something gratuitous being given, or some type of cock fight. One couldn’t tell by their reaction. From behind, a new comer can only see that many had pulled out their cell phones-that prevented any newcomers from seeing the event.  These lucky ones, who had gotten to the event early, were recording. Some continued to scream at whatever they were watching. Some ran out of the alley. But most stood, cell phones capturing the atrocity being committed, too immobile to decipher what was actually happening, with their mouths agape in a silent scream.

Carolina’s body weakened under her attacker, moribund and motionless. Her face sunken by broken skin and bones. Blood splattered everywhere and revealed white flesh, and muscles from her exposed cheeks and vertically split lips. The cartilage from her broken nose protruded from her disfigured face.

The Attacker grew tired. His hands were bruised and the blood which hid his knuckles was a mixture of his and his victim’s. He leaned back against his heels as his knees were hot and sore from the hot, asphalt pavement. He took a deep breath. He looked around at the cellphones in the air, and seemed deaf to the screams. His eyes were dark, glossy, but empty of emotion-they reflected the horror stained upon his audience’s faces. His break seemed to come from fatigue, rather than remorse. He rocked himself up slowly. His right knee came up as he planted that foot on the ground. He looked up again, with his right elbow propped upon his knee, and held his chin. He lifted that arm and wiped his forehead with a bloody backhand. He winced with pain from the contact of his forehead with his bruised knuckles. He then placed his hand back on his knee to support himself as he pulled his left leg up to finally stand up. He squinted as he leaned his head back to look directly at the sky, partially hidden by the flanking buildings. He didn’t shield his eyes from the protruding, yet glaring sun. He then placed both hands on his hips and inhaled slowly. He exhaled harshly, and coughed his head back down as his chin met his chest. He slowly raised his head and looked around. He wiped his mouth with bloody fist.

The crowd seemed to stop. All noise. Stopped. People became frightened and put their phones down. A few who dared to continue taping slowly backed out of the alley, pushing and stepping on whomever was behind them without so much of an ‘excuse me’.

The Attacker’s chest heaved up and down. His faced screwed back, as if he remembered his anger. He flashed back to his victim who laid there. Lifeless. And with the gasps and screams of a climaxed crowd who could take no more of the brutality, he gave Carolina one more swift and hard kick to the ribs. The crack of her bones muffled by his loud growl. And without so much of a glance at his environment, nor victim, he stalked away.

No one followed him.

“Call an ambulance!” broke the silence from the confused crowd.